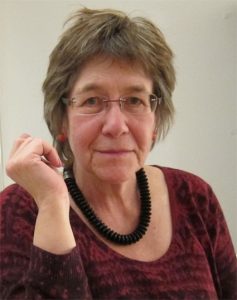 Lilo Mangelsdorff is a filmmaker, photographer and artist. Her main cinematic interest is in social and cultural issues. She is interested in people and their personal stories, rather apart from the spectacular events. And she repeatedly works on mostly short experimental films, here the examination of the single image and the montage is the focus of her interest.

After completing a degree in pedagogy, sociology and psychology in Frankfurt am Main, Lilo Mangelsdorff studied visual communication with a focus on film with Professor Werner Nekes at the University of Art and Design in Offenbach. She worked as a freelance studio manager and video editor in various film and TV studios. From 1992 to 1995 she was an artistic and academic assistant at the Academy for Art and Media (KHM) in Cologne. There she worked in the field of video design and interactive media. From 1996 teaching assignments at the KHM and the universities of Paderborn and Frankfurt am Main followed. In 1997 she received the Moldau Scholarship from the Hessian Ministry of Science and Art, a 3-month stay in Cesky Krumlov, Czech Republic, realization of photo works.

Since 1983 she has been producing films and media productions for cultural and educational institutions as well as independent art and media projects through the film production company Cinetix GmbH (managing together with Wolfgang Schemmert). Since 2017 LiMa Media has taken over the films from Cinetix, the GmbH was dissolved for reasons of age.

Lilo Mangelsdorff is present at film festivals around the world. For her film “Ladies and Gentlemen over 65” about a dance project by the Wuppertal choreographer Pina Bausch, she was awarded the German Film Critics’ Prize in 2003 and the Dance on Camera Festival New York jury prize (2004). In 2014 her dance film “A Horse’s Dream” won first prize and the cinema prize in the Choreografic Captures Competition.

In the last years Lilo Mangelsdorff besides her films has intensified her work with photography and painting.