In addition to the films listed in the filmography, there have also been works in cooperation or as a commission, and I would like to point out two of them: Ballerina and the film about Trude Levi .

The installations described below were created together with Wolfgang Schemmert, parallel to the beginning of my work as a filmmaker – Marilyn und Tau Memory.

The internet puzzle Cesky Krumlov Bricolage was created during my photographic exploration of Cesky Krumlow during my fellowship there.

The beginning of my interest in film is connected with the emergence of the video movement in the 80s and the possibilities of alternative media work, at that time with Japan Standard I video technology and then with U-matic lowband. I worked with the Videowerkstatt Bornheim group in Frankfurt, which broke up in the early 1980s. Afterwards, in a team of two or three, often together with citizens’ initiatives, we realized videos and showed them at events and in pubs and institutions. In this context, I will mention these works:  Winterwideo , What would the state be without its walls ? and Robototal .

in cooperation with Pendel Marionetten
Marlene Gmelin and Detlef Schmelz

go to the film

The projection of a video beamer shows the face of Marilyn Monroe, it changes in response to the movements of the audience. 24 different portrait photos of Marilyn Monroe are stacked in a computer. They are coordinated in such a way that if you flip through them, they would result in a short film, just like in a flip book.
In contrast to the classic cinema projection, this installation does not scroll image-by-image, but pixel-by-pixel.The face is permanently layered on top of one another from the various partial images. The movements of the audience in the room are registered by a video camera arranged in a top view. The video signal from the camera is digitized by the computer, analyses and transferred to the visible Marilyn image as a virtual mask. The Marilyn-film is transported pixel by pixel at those points where the video camera registers significant movements of the audience. Depending on the movement of the audience, sections of the 10th, 2nd and 15th cadres are visible at the same time, the layers increasingly flow and permute selectively.

As in a puzzle game with cubes with different motifs on each side of the view, the player can click his way through different views of Cesky Krumlow in layers, from motifs with close-up views to an old postcard view of the city. 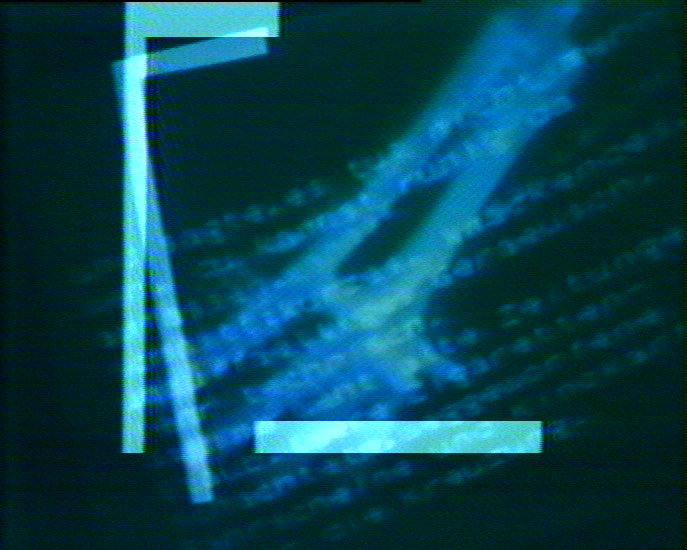 Closed-Loop Installation, which deals with the disintegration of a video image in an infinite copying process. 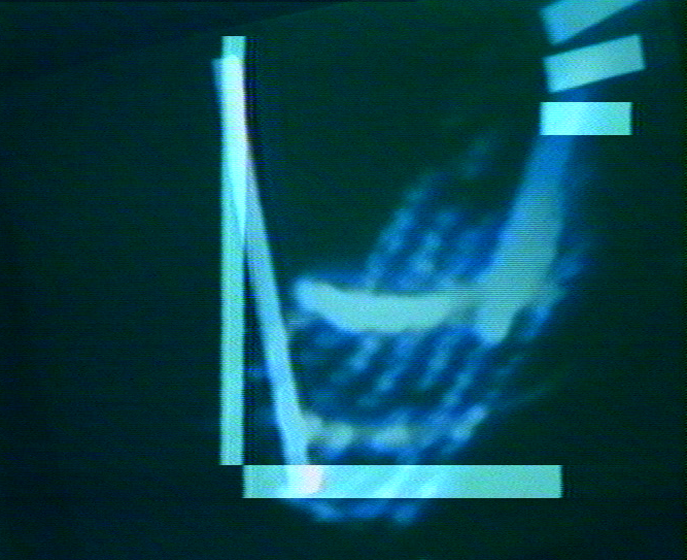 A camera films the monitor. With the help of two older video recorders with open reels, a tape loop and an electromechanical synchronization controller, the video signal is delayed by around 20 seconds, mixed with a computer-controlled font and graphics generator and displayed again on the monitor. Visitors to the installation involuntarily step into the field of view of the camera when looking at the monitor image and are thus involved in the process of decay. The selection of the displayed texts encourages meditating contemplation.

Experimental documentary video on the emotional state in the metropolis winter.

What would the state be without its walls?

Documentary video about the resistance of the citizens’ initiatives against the Runway West and the political disputes during its commissioning.

Experimental documentation on cabling and computerization, on the occasion of the introduction of the new plastic identity cards in Germany.