A journey into the Music of Barbara Heller

A Journey into the Music of Barbara Heller 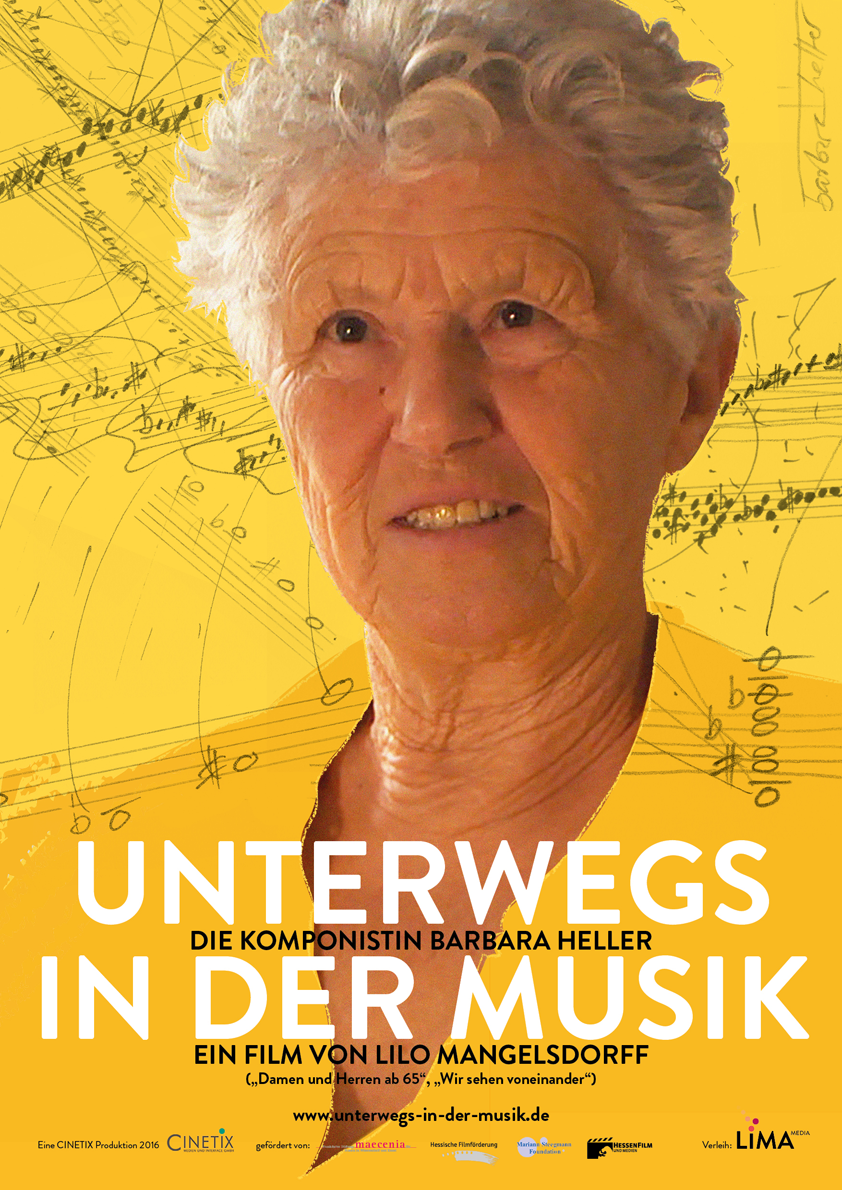 The DVD with English subtitles
is available at:
absolut medien

Lilo Mangelsdorff’s documentary paints an insightful and personal
portrait of the composer Barbara Heller. Forthright and fully awake, the now 80-year old guides us through her work and her private photo albums. Her social engagement through music, an engagement informed by the women’s movement, is communicated clearly with mementos from her multi-faceted and rich life. Almost peripherally, the social barriers before which women stood even in the 20th come to light, barriers especially for women who wanted to express themselves freely in music. It was late in life before Barbara Heller could realize her calling as a composer. For too long, she had put her marriage and her family ahead of her highly promising career as a musician.

Without explanatory commentary, Lilo Mangelsdorff primarily allows the artist to speak for herself, and thus the film arrives at deep insight into the composer’s unique understanding of music, of sound, and of hearing. Examples of her music, spontaneously played on the piano, or in the form of tapes from Heller’s private collection, or from workshops, concerts, or of recordings, demonstrate to the film’s audience the entire spectrum of the composer‘s artistic range.

At the center of the film stands Barbara Heller’s creative process: how compositions grow from personal impules in which sounds and phenomena in her immediate surroundings combine with her emotional compass. Mangelsdorff captures these processes in commensurate images to make them real to the viewer in a film that awakens a desire for deeper listening.

Barbara Heller was born in 1935 in Ludwigshafen on the Rhine. She lives and works in Darmstadt and Hammelbach in the Odenwald (forest of Oden) as well as on the island La Gomera. Her compositions are considered part of the so-calles “New Music”, but they expand the genre with a profoundly sensuous quality and harsh beauty. Her wide-ranging work encompasses classical modernism as well as graphic notations and experimental acoustic installations.

go to the website of the film with more information.